Birds in the Garden: Plants that Attract the Kinglet Family (Regulidae) 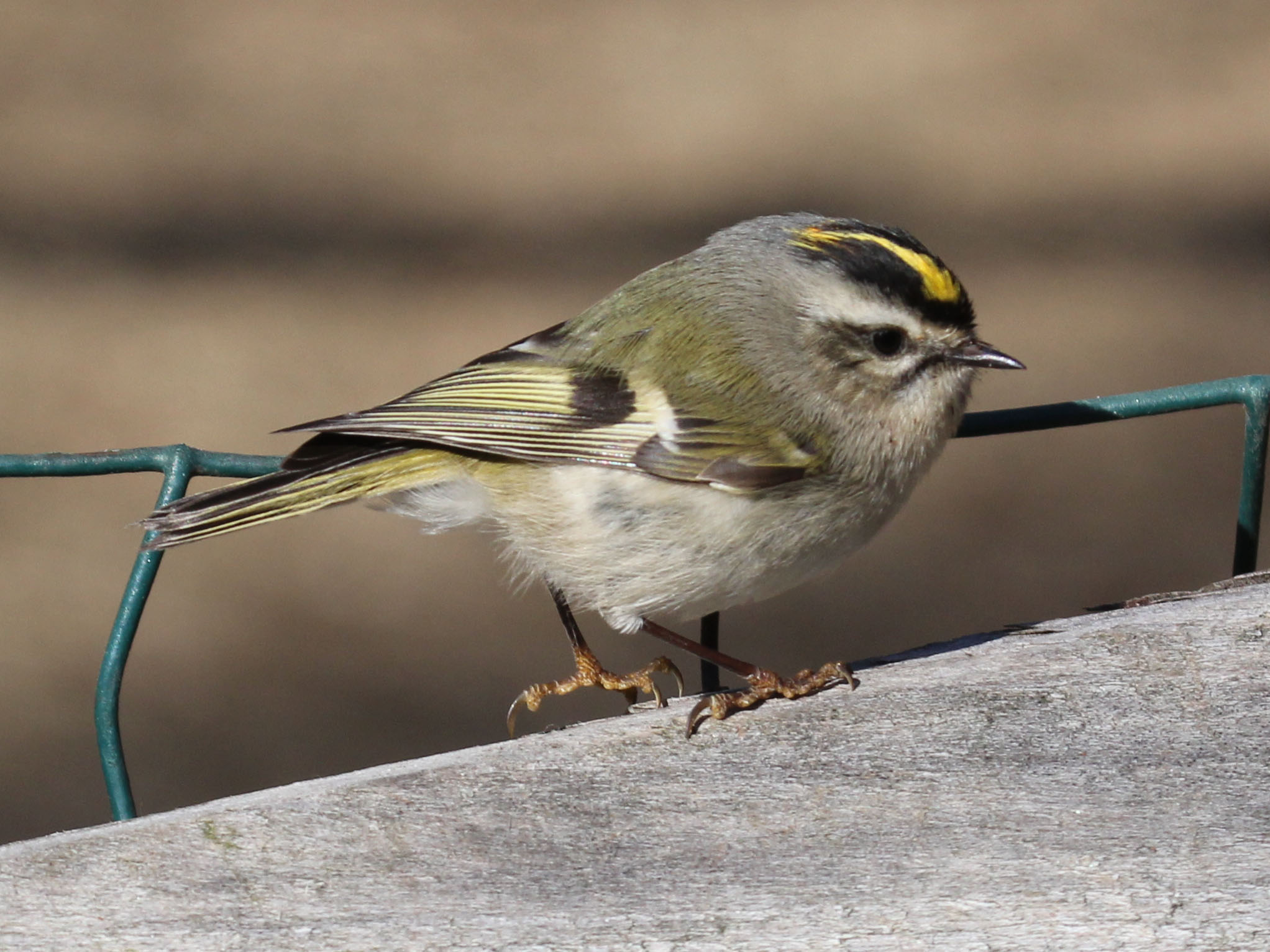 This small family of birds consists of just one genus with six species, two of which are found in the United States: the ruby-crowned kinglet and the golden-crowned kinglet. Both are very small gray-green birds and have medium-sized wings with pale wing bars, and small, straight, needle-like beaks adapted for their insect diet. Small crownstrips of bright red or golden yellow erectile feather are found on the top of the heads of ruby-crowned kinglets and golden-crowned kinglets, respectively, and are best seen when the birds are aroused during courtship or when theatened. Kinglets are adapted to life in coniferous forests but during migration inhabit decidous forests and areas with plenty of shrubs. They feed almost continuous, flapping their wings as they hover over foliage and twigs to grab small soft arthropods including aphids, springtails, and spiders. Both species are wide spread in the US. The golden-crowned kinglet winters in areas from coast to coast while the ruby-crowned kinglet winters in the southern and southwestern states but can be seen elsewhere when it migrates.

Kinglets are attracted to the insects that swarm around the flowers and foliage of trees and shrubs. They are especially at home in short needle conifers. Find native ones as they will be more attractive to the insects in the the area than most ornamentals.

This evergreen conifer has short needles and grows well in cooler areas. Other fir are available a so choose one that does well in your area if you live in zones 7 and higher. Kinglets feast on the insects from the foliage while nutchatches, chickadees, and titmice eat both the insects and eeds from the cones. Other birds such as cardinals and jay use fir for cover or nesting.

This evergreen conifer has short soft needles, dense branches, and small cones. It grows quickly to about 20′ and then grows more slowly to maturity at about 100′. It provides kinglets with insects from its foliage. Several birds including nuthatches, chickadees, and titmice east seeds from the cones while birds such as juncos and towees enjoy the cover beneath the tree.

Birch are fast growing small to medium deciduous trees or shrubs often with beautiful bark. They produce attractive catkins followed by small seed pods and good yellow fall color. Insects from the flowers and foliage provide food for kinglets as well as vireos, warlers, orioles. Chickadees and titmice may find the seeds from the cones appealing. Birch is a great choice for a bird garden but, unfortunately, is short-lived.

Covered with pink or white flowers in spring followed by small apples, this small decidous tree attracts insects to both its flowers and fruits. Some cultivars have attractive fall foliage. Kinglets as well as other birds such as vireos, tanagers, orioles, and warblers are drawn to the insects around the flowers. Finches, jays, and thrushes enjoy the fruits especially in winter so pick cultivars such as ‘Arnold’, ‘Bob White’, or ‘Donald Wyman’ that have fruits that persist into winter .

These small deciduous trees have thorny branches and produce a cloud of white flowers followed by red berries. The insects around the flowers attract kinglets as well as orioles, vireos, tanagers, warblers, and flycatchrs. Birds such as thrushes and waxwings eat the berries while robins and cardinals may use the plants for nest sites.

These deciduous small trees or shrubs are multi-stemmed and fast growing. Their large clusters of white flowers in spring give way to clusters of small juicy berries. The insects around the flowers attract kinglets as well warblers, vireos, orioles, and flycatchers. Wrens, thrushes, orioles and other birds are attracted to the fruit.