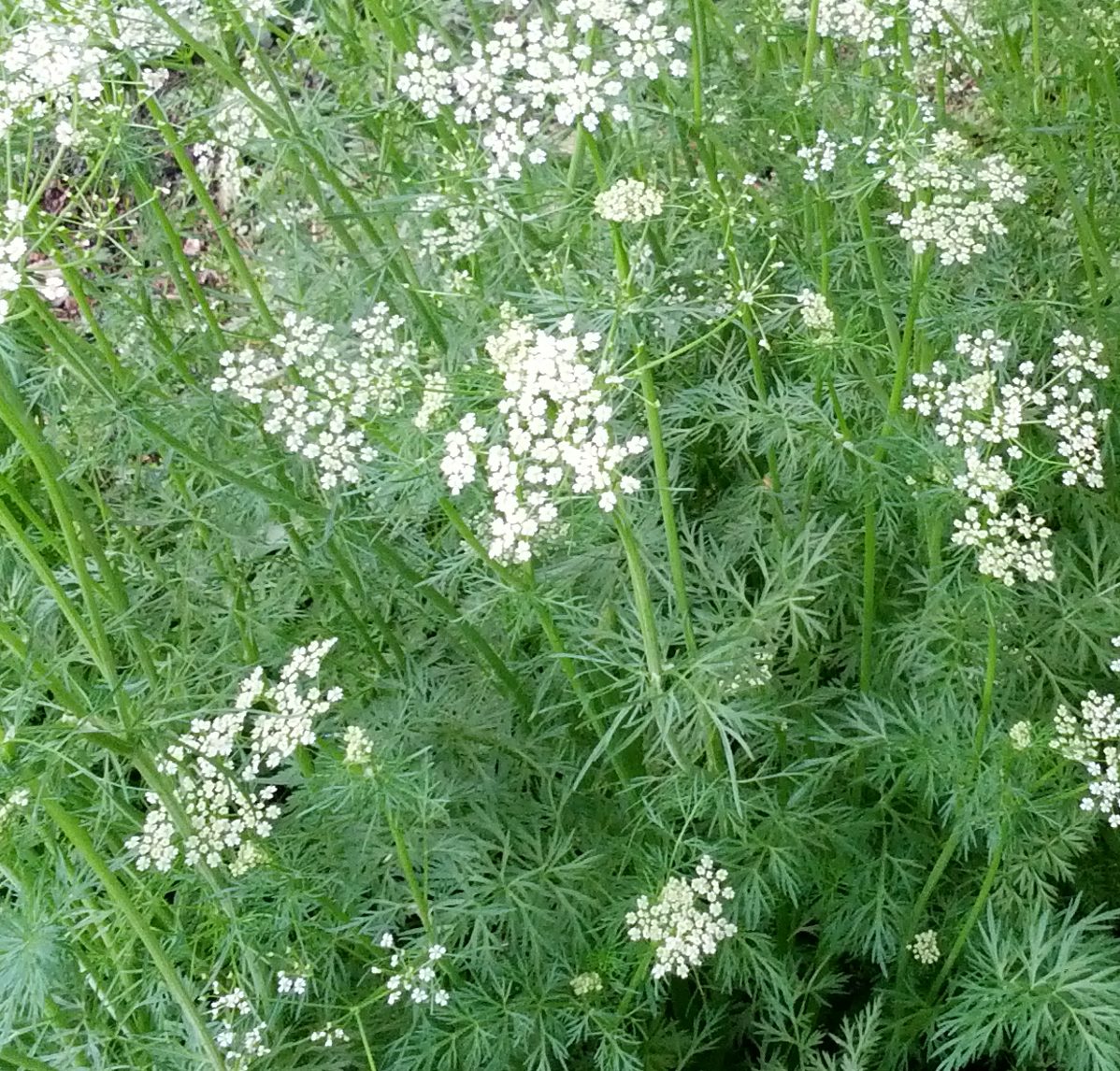 Cumin is a herbaceous annual native to the eastern Mediterranean  east to India and has been known from ancient Egyptian times.  Although there have been many claims about the medicinal value of cumin in modern times there does not appear to be significant evidence for health benefits and it is grown primarily for culinary use especially for Mexican and Indian cuizine.    It is one of 16 herbs recommented  in the 9th century plan for the physics garden of the St. Gall Benedictine abbey in Switzerland, and one of the many plants recommended for the gardens of Charlemagne, but is not in Walahfrid  Strabo’s list of herbs for his garden that may have been a physics garden.

The plants are well branched and grow 12-20″” tall at a rapid rate. The leaves are 2-4″ long and pinnate or bipinnate with feathery leaflets.  In summer small white or pink flowers are carried in compound umbels of 5-7 umbelletes  and give way to fruits  that ripen in late summer to early fall.

The genus name, Cuminum, comes from the Greek name for the plant,  κύμινον.