Heavy rain and temperatures in the 80s have really made the plants happy and they are popping out all over. The full blossoming forsythia, Yoshino cherry, and Bradford pear are no longer dominating the landscape and new plant life emerges daily. New shoots are growing , buds are forming, flowers are opening, and branches are beginning to leaf out. Even the boxwoods are putting on their new apple green coats. But its only the beginning of April and this area is subject to mid-April frosts and even bitter cold so we have to pray or keep our fingers crossed that all this luxuriant growth is not taken away in a flash of cold temperatures.

The lovely Yoshino cherry is leafing out while its flowers fade but flowers of Kwanzan cherries are flowering to take their place in the garden. Usually we see the flowers open on leafless stems but this year the leaves are emerging as the flowers open. 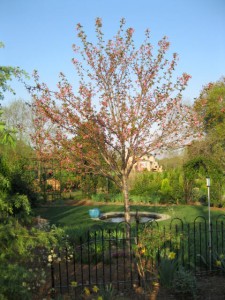 Unlike the Yoshino cherry that has single white flowers, the Kwanzan has pink double flowers that give the branches a soft fluffy appearance. 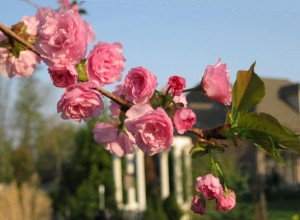 An other plant with fluffy flowers is fothergill. In fall it will again take center state in the border with its colorful fall foliage. 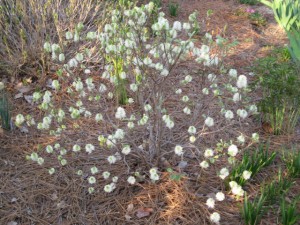 Its white flowers are are touched with an attractive green and are borne in clusters. 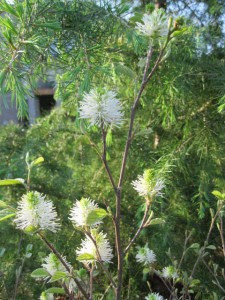 The weeping redbud has come into flower bearing its bight pink flowers in a cascade to the ground. 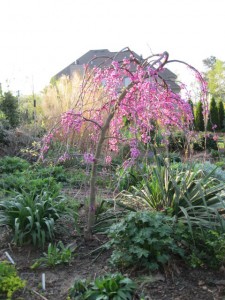 At the front of the house a ‘Oklahoma’ redbud combines with cherry laurel to make a nice background for the lamp post that will be soon be covered with the clematis ‘Jackmani’. 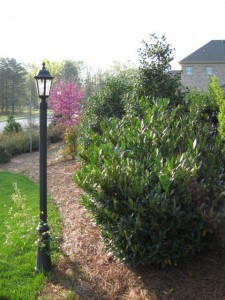 The flowers on the cherry laurel are in clusters of tight buds. 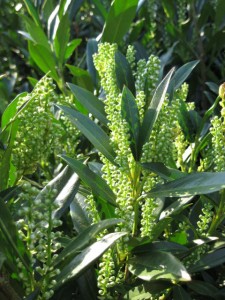 The oakleaf hollies are covered with buds that we hope will produce equally dense clusters of berries by fall. Unlike most hollies, their flowers have both male and female parts so we don’t have to worry about a male pollinator being in the neighborhood. 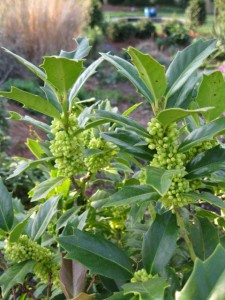 In the secret garden the red dogwood is just coming out as the azaleas underneath them begin to bloom. The head gardener limbed up the dogwood last year after the abysmal bloom of the azaleas and I am surprised how well they have done in response to his pruning. 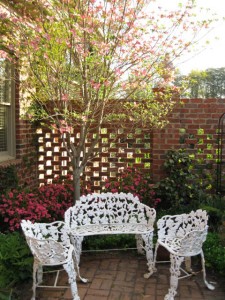 The blueberry bushes are covered with flowers this year. 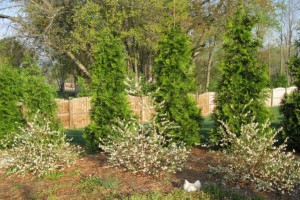 If these flowers produce berries we will have our first real crop. In the past two years we have been lucky to get a total of 6 berries because of late spring frosts. Oh well, their great fall color is always worth growing them. 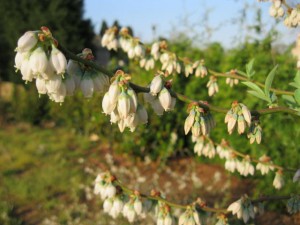 The allee looks the same as last week but smells very different. 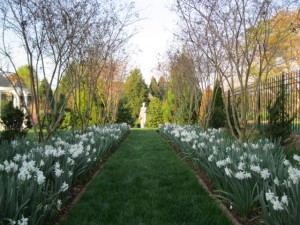 The daffodil ‘Ice Follies’ has faded and been deadheaded while the fragrant narcissus ‘Thalia’ has come into bloom. ‘Thalia’, also known as the “Orchid Narcissus” is a triandrus narcissi, producing up to five pendant flowers per stem. 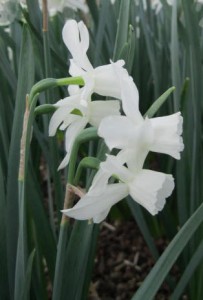 The rose garden has been severely cut back. 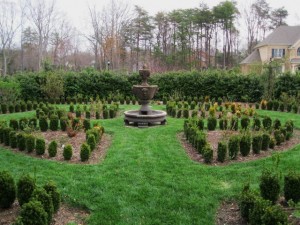 We filled two large trashcans full of canes and were able to do so only because we cut each cane into pieces 6” or less. That is a lot of cutting! The new foliage of some of the roses, like the hybrid tea ‘Pope Paul’, is red and adds color to the otherwise green rose garden. 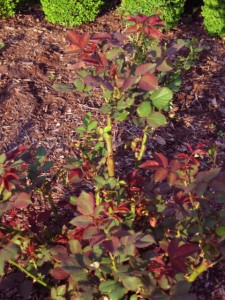 The bright apple green of the boxwoods that edge the parterres of the rose garden are always a sure sign that spring is here and the color display of the roses is not far off. 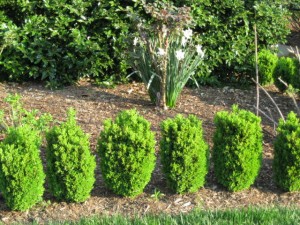 Like some roses, Andromeda ‘Mountain Fire’ provides color with its new growth. The shrub has cream-colored clusters of lily of the valley like flowers but the eye catching features is the red of the new leaves. The species tulip, Tulipa clusiana ‘Lady Jane’ are blooming on their tall slender stems for the second year. 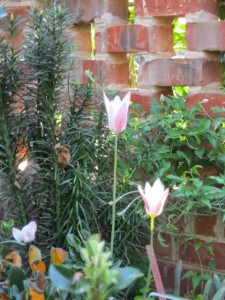 The cinnamon fern has just pushed through the ground with its furry fiddleheads. 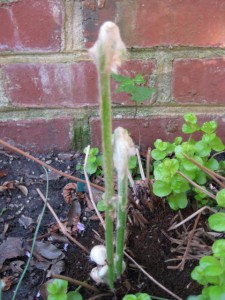 This Japanese painted fern comes up purple each year but changes to silvery gray with a purple tinge after a few weeks. 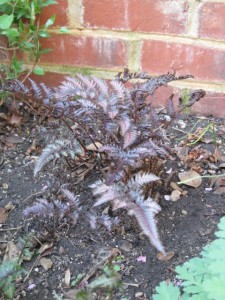 The Boston ivy is leafing out and the lovely pattern of the stems will be covered until late fall by shiny bright green leaves. 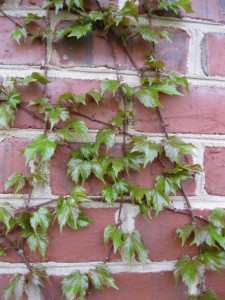 The candytuft looks crisp and white and is the first perennial blooming in the white border. 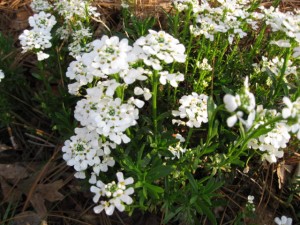 And the Phlox stolonifera adds color to the pool garden. 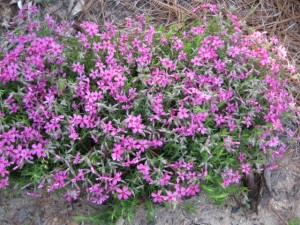 The last of the Anemona blandas are blooming.  They don’t usually return well but a few like this one managed to make it for a second year in my garden. 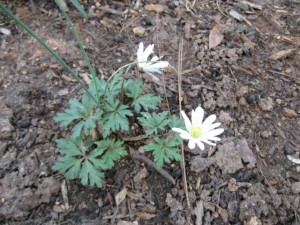 The plant with the most potential for next week is this peony ‘Nova’ an early single white; just a bud now, but with the 90 degree temperatures that are predicted it won’t be long now before the buds open to gorgeous flowers. 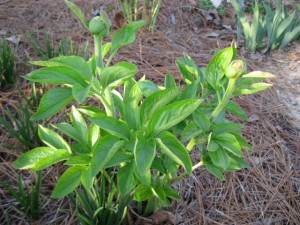