A trip to large antique auction house in Atlanta whet our appetite for a carved stone gazebo but the price was way beyond our budget. We did what many Americans do, searched ebay and found importers and dealers of carved stone products that included gazebos. Then we went on line and found the source of supply for many of these dealers, a company in Beijing, China. 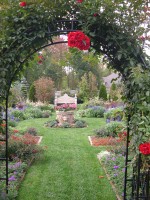 The website of the Beijing company was extensive and the salesman read and wrote English well so negotiating with the company was fairly easy. The company produces a huge selection of goods including fireplace mantels, statuary, garden benches, and gazebos in a large variety of styles, and in three types or stone, limestone, sandstone and marble. The prices were a fraction of the cost as compared to those in the US and the shipping was unbelievably low. We placed an order for a sandstone garden bench, a marble gazebo, and a marble fireplace mantle and surround. The delivery date was set for 3 months hence to the port of Wilmington, North Carolina but we had to arrange for a customs agent and additional transportation from Wilmington to our home, a distance of about 200 miles. All went well until we unpacked the goods and found that the fireplace mantle and surround were shattered beyond repair and the top of the gazebo had a couple of breaks (but the bench was in perfect shape.) Repeated emails to the Beijing company and calls to the Chinese firm that handled the insurance were useless as they refused to return our emails or calls. 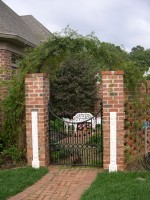 In the end we got a beautiful gazebo, handsome garden bench, and some decorative slabs for the entrance to our secret garden, all for significantly less that the lowest price we found for the gazebo alone. The quality of all the items was excellent. We consider it a great purchase and interesting experience and would do it again. I guess the lesson to be learned is that when something sounds too good to be true it usually isn’t. That was certainly true in this case, but the bench and gazebo still turned out to be a bargain. We would like to order some statues but can’t figure out how we could ever get them here in one piece, based on our previous experience. Hopefully the Chinese companies that want to sell to Americans will figure out a better way of packing the items so that they will arrive safely.