One of the great places to visit while staying in Hong Kong is Victoria Peak, also known as Mount Austin, and located in the western half of Hong Kong. Whether you go by tram, bus, mini bus, car, or foot there is a lot to see and something for every member of the family. We went by bus, took a hike around the Peak, had a snack at the fast food joint at the Galleria, and returned home via the tram. It was a great afternoon and very inexpensive.

The main purpose of our visit was the hike along the loop formed by Lugard Road and Harlech Road. The vegetation is lush and diverse, and the views of the city at various points along the trail are magnificent. The walk is an easy one as the paths are paved. 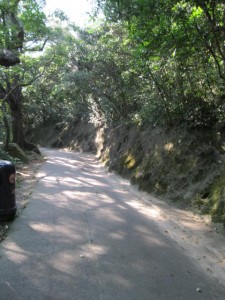 Resting places provide shaded seating where you can enjoy the peace and quiet as well as the beauty of the vegetation. 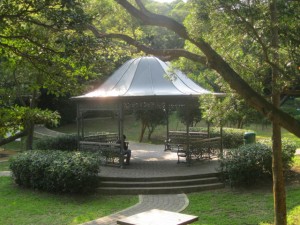 The history of the Peak goes back to the 19th century when it was a signaling post for incoming cargo ships because it is the highest mountain on Hong Kong Island, standing 1,811 feet above sea level. It also provided a perfect place for early residents to use as an escape from the hot humid summers of the city below. In 1868 the governor built a summer home there and other wealthy residents soon did the same. In those days, these residents were carried up and down the mountain in sedan chairs. Imagine that! In 1881, however, plans for a tram began and now the Peak is the destination of over 7 million tourists a year. 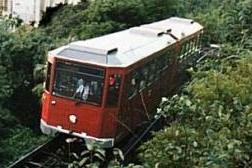 A great deal of the walk was constructed on a steep and rocky site so there is a lot of vegetation growing on rocks and in crevices. Many different kinds of ferns can be seen like this maidenhair fern. 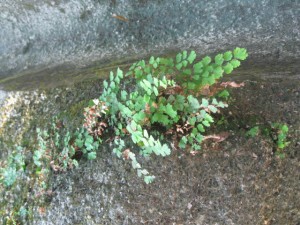 Large areas on the surfaces of rocks were covered with this button fern. 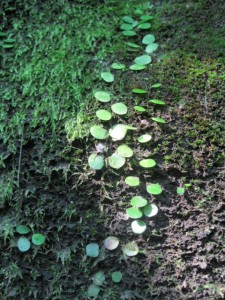 Salginella, a relative of ferns grew abundantly nearby. 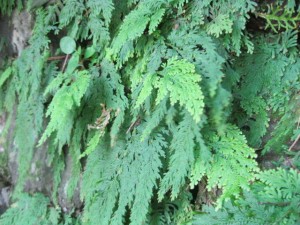 The moist and humid conditions of trail favored the growth of mosses, 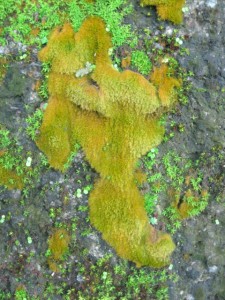 and their relatives, the liverworts. These guys are among my favorite plants so I got a special kick from seeing them with their gemmae cups. 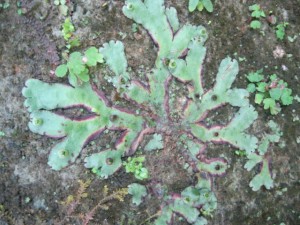 Not to be out done, flowering plants also grew in the crevices of the rocks. 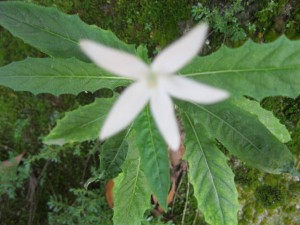 Even algae managed to find an hospitable home on the Peak’s rocks. 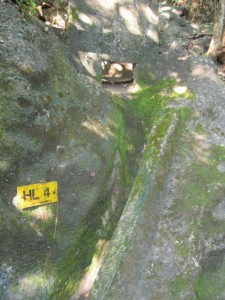 A snail was having a snack. 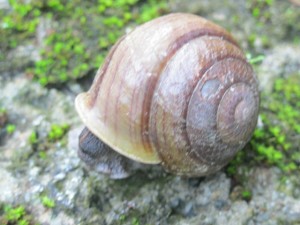 In some areas the soil had to be stabilized and these prickly ash trees were given special treatment to help them get established. 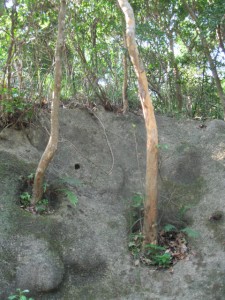 Many banyon trees with their thick prop roots lined the way. 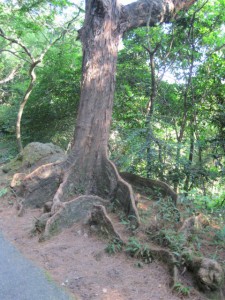 This Indian fig tree put out many prop roots. 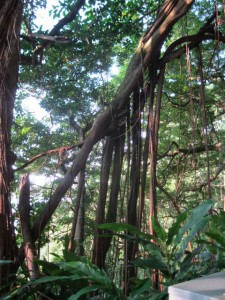 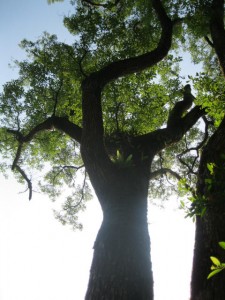 Bamboo, always special to the Chinese, grew in groves along the way. A sign explained that bamboo rarely blooms or bears fruit so when it does, the Chinese take it as a bad omen. I saw no flowers or fruit so I guess it was good times ahead. 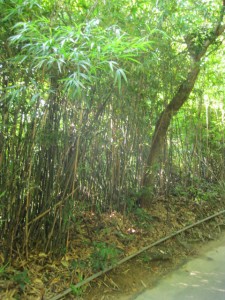 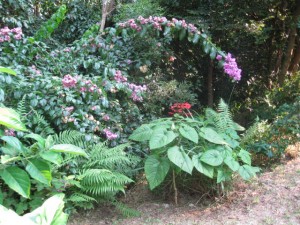 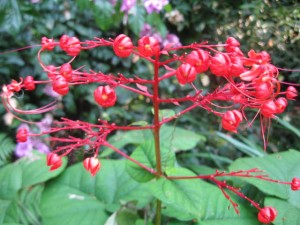 The familiar bougainvillea vine brightened an area along the way with its vivid flowers. 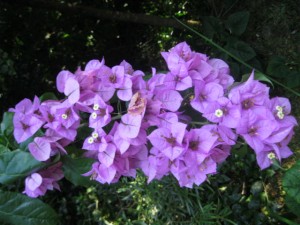 There were breaks in the vegetation that allowed us to enjoy the beautiful view of the city. 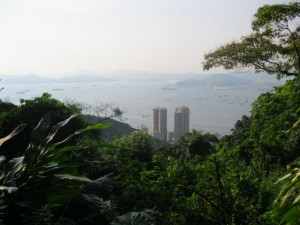 We also noted the highest part of the Peak, where communication towers dominated the scene. 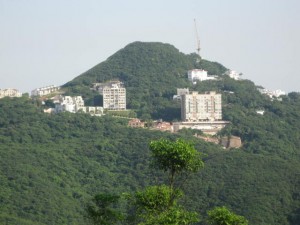 Some large mansions clung to the side of the Peak in places with a set of very steep stairs as an entry. 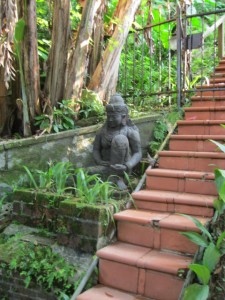 The end of our hike brought us back to the beginning where we visited the restroom, refreshed ourselves with a drink, and got our tram back down the mountain. It is a busy spot but has spectacular views especially if you decide to go up in the tower. 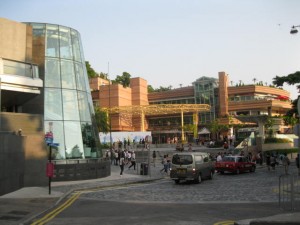 I hate to leave this post with a picture of the Galleria so here is one last plant, just for the gardeners out there that like plants better than shopping. 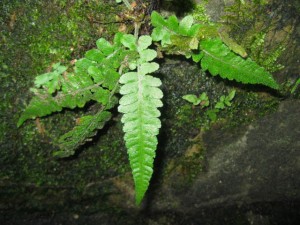