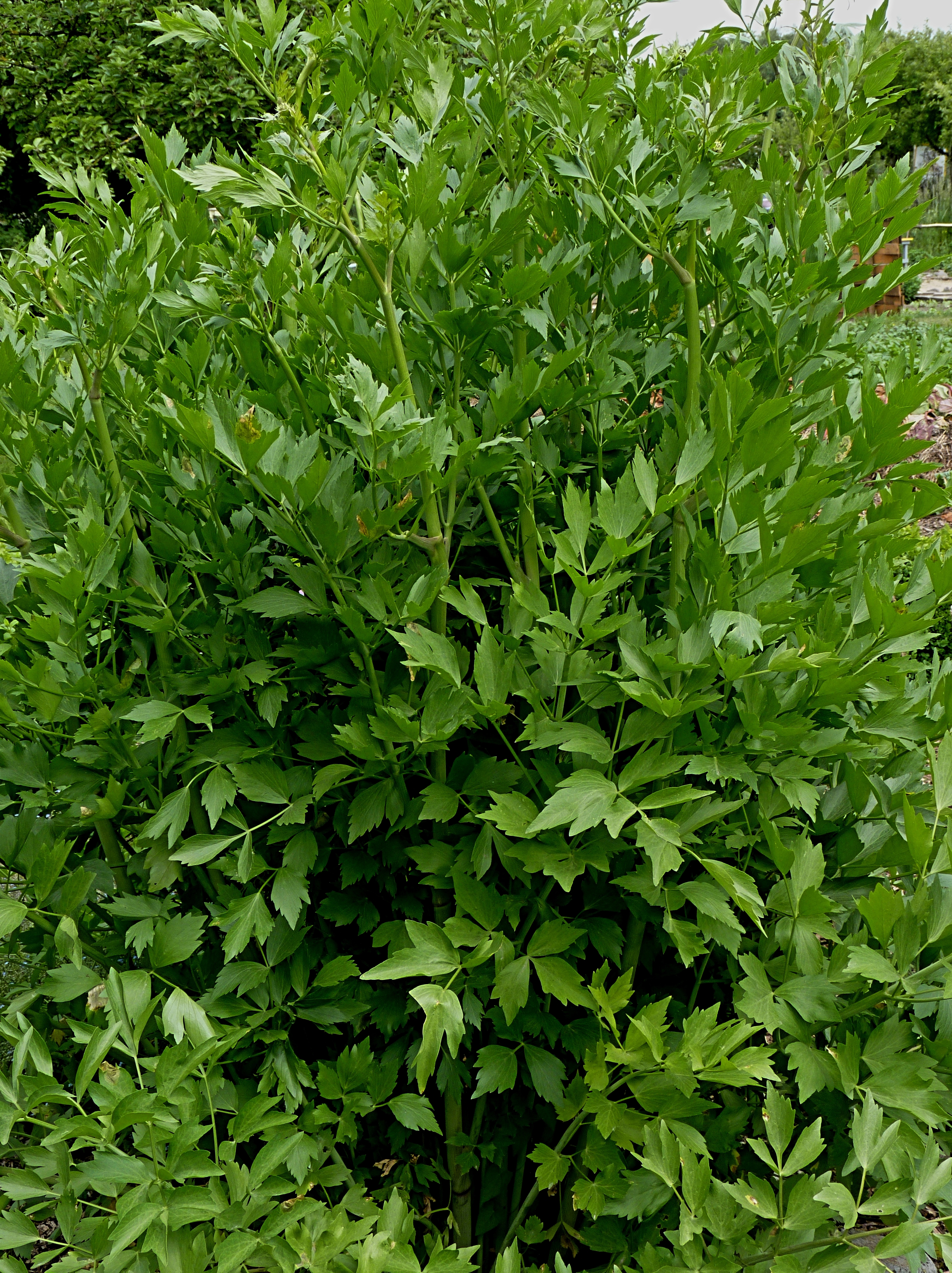 This herbaceous perennial is native to the Mediterranean where it grows wild in the mountainous area of southern France, northern Greece, and the Balkans.  It is a member of the carrot family, Apiaceae, that also includes celery, parsley, and Queen Anne’s lace.  Although valued in past times for  its medicinal benefits there is no medical evidence to support its use for health care and it is now considered valuable primarily as a culinary and aromatic herb.  Plants grow 5′-8′ tall from a thick fleshy root 5-6″ long.  Hollow ribbed stems branch at the top and have a basal rosette of dark green leaves and  smaller stem leaves. The basal leaves are up to 28″ long and are tripinnately compound into wedge-shaped to triangular pointed leaflets with toothed margins and a celery-like aroma when bruised.  From late spring to early summer, tiny yellow to greenish flowers appear in terminal globose compound umbels 1.5-5.9 ” across and give way to a dry, very aromatic, 1/4″ long fruits that mature in the fall.  Lovage is easy to grow and makes a good background plant in the border but is not striking in appearance.  It is best considered a culinary herbs with seeds and leaves being used in such dishes as stews, salads and sauces.  The genus name, Levisticum, is a corruptionof the word Latin word ligusticum meaning of Liguira, northwest Italy, where the herb was grown extensively.  The specific epithet, officinale, is the Latin word meaning sold in shops, applied to plants that were believed to have medicinal properties.