Book Review: Grass Roots: The Rise and Fall of Marijuana in America 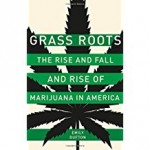 The importance of activist in the political process is the focus of Emily Dufton’s book, Grass Roots: The Rise and Fall of Marijuana in America. The author looks at the history of the late 20th and early 21st century America through the perspective of changing attitudes towards marijuana to reveal its integral role the in shaping the social, political, and economic trends of the times. Using a large variety of sources, Dufton describes the causes and effects as well as the actions and reactions that have resulted in a constantly changing attitude towards marijuana.

Believing that most major political changes in the drug war are the result of the efforts of grassroots activist, Dufton focuses on the stories of these activists from the first protest in 1964 until today. Readers are introduced to Stroup, founder of NORML, Kafoury who decriminalized marijuana in Oregon, and Robert Randall who opened the door for medical marijuana, as well as King Forcade founder of High Times, the counterculture’s alternative to Play Boy, and “Brownie Mary” Rathbun, who transformed marijuana into a sympathetic cause when she made and distributed marijuana laced brownies to gay men with HIV/AIDS. Dufton also explores the role of parent activists, a group she feels is under appreciated, and readers learn how the movement all started with a backyard birthday party in Atlanta when parents discovered preteens were doing drugs as the party rolled on.
Dufton writes with the belief that the underlying reasons for the debate on marijuana are about such issues as freedom and liberty, safety and security, the rights of the individual versus the collective good, how much the government should be involved in the private lives of citizens, and who deserves to be punished. She explores views on medical uses of marijuana, social justice concerns, and health issues as well as the problems associated with legalization faced by states that have done so. Dufton also exposes the darker side of the marijuana debate and reveals how marijuana legislation is influenced by the need of state governments for tax revenue, the profit motive of Big Business, and the desire of a First Lady to improve her image. A final chapter includes lessons that could help activities on either side of the debate today.
The book contains an enormous amount of detail and facts but is made lively by the many anecdotes about the activists including stories of intrigues, jealousies, and competition for funds. The text is clearly written in everyday language and the treatment of both sides of the debate seems fair and impartial. Grass Roots is an excellent source of information as well as a good read.