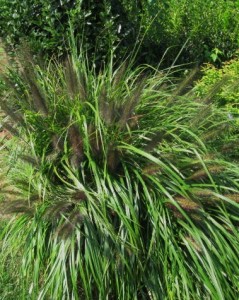 Ornamental grasses that grow in clumps vary in form from stiff and upright to relaxed and floppy. When classifying grasses by form only the foliage is considered, not the flowering stems. Likewise, height is not a factor but the shortest grasses tend to be clumping while the tallest tend to be upright and arching. Most grasses can be classified in one of six groups but, of course, some grasses may fall somewhere in between. Varying the forms of the grasses planted together in the garden is one way of introducing variety into a planting and can add excitement and interest to the garden.