The rose has been cultivated for thousands of years and is still one of the most popular garden plants. 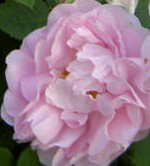 Cultivation probably began in China but has spread to most of the world and ha been popular in Europe since ancient times. The Romans used roses for both their celebrations and perfume while the monasteries in the Middle Ages grew roses for their medicinal qualities. The Empress Josephine changed the course of rose history by encouraging the breeding and hybridization of roses which led to creation of several hundred new cultivars. During the period 1750-1824 several China and Tea roses were introduced to the West. These roses were not hardy but they they had the very desirable trait of continuous bloom and their introduction revolutionized rose breeding. Most of the roses grown in the US today are derived from the crosses of these roses with the older ones in Europe and these crosses have led to many beautiful cultivars that have the reblooming trait but often lack fragrance, an important characteristic for edible roses.

The petals of roses have been used in a wide variety of ways throughout history. The flavor of rose petals is sweet and so they have been used in many sweet recipes but they are also used in savory ones. The intensity of the flavor is not dependent on the color of the rose but rather its fragrance. For the sweetest, tastiest petals choose flowers with the greatest fragrance. These will usually be old garden roses (those grown before 1867, the date when the first Hybrid Tea was introduced) but there are many fragrant modern roses, especially those bred by David Austin.

Avoid sing the flowers from the super market or a florist as they have probably been sprayed with pesticide. Use flowers that you know are pesticide-free. Pick them in the early morning and wash them well by immersing them in water and swooshing them about to dislodge the insects that find roses irresistible. After gently removing the petals cut off any white tissue that might be at the base of the petal because it is bitter. Roses are most useful fresh but can be dried for limited later use. Four to sixteen flowers, depending on the fullness, yields one cup.