Botany for Gardeners: Plant Classification-Divisions of the Plant Kingdom

As members of the Plant Kingdom plants generally share three characteristics: they are multicelluar, their cell walls are composed of cellulose, and the cells contain chlorophyll that can trap light energy to make food. All living plants are organized into major groups based on their similarity to each other. These groups are called divisions or phyla.

The simplest three divisions are the mosses, hornworts, and liverworts. They reproduce by means of spores and lack specialized tissue (xylem and phloem) to carry water and nutrients. Because of their lack of specialized tissue they are small in size and live in moist areas such as along stream banks or under rocks. Mosses are the most familiar and common group with 12,500 species. Several mosses are important in the florist industry, sphagnum moss is a used as a soil additive and in the late 19th century moss gardens were popular with some Americans and British gardeners. Hornworts and liverworts are less well-known with only 100 species and 8,500 species respectively.

Plants of the clubmoss (1,200 species), horsetail (20 species), and fern (12,000) divisions reproduce by spores but have specialized tissue for transporting water and nutrients. Their true roots, stems, and leaves with specialized conducting tissue allows them to grow much larger than mosses, hornworts, and liverworts. Clubmosses are evergreen and are popular as Christmas greens. Horsetails (20 species) contain silca and have been used as an abrasive. Both horsetails and ferns are sold as garden plants and used in flower arrangements.

The plants of the cycad (100 species), gingko (1 species), conifer (550 species), and gnetum (80 species) divisions have both vascular tissue and seeds. Their seeds, however, are considered “naked” because they are not inside the female egg cell during pollination. Cycads resemble ferns but have stout woody trunks. They are long lived and are popular ornamental plants for home and garden. Gingkos are pollution tolerant and used extensively as shade trees. Confers such as pines, spruce, fir, and yew are important lumber as well as ornamental trees for landscaping. Gnetums are evergreen tropical trees, shrubs, and vines and have limited economic significance. 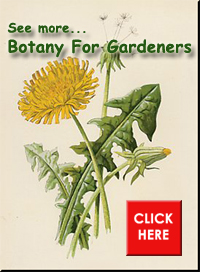 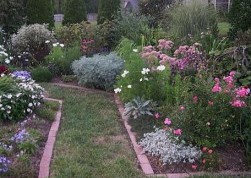 The remaining 300,000 species of plants belong to the division Flowering Plants, or Angiosperms. They dominate the earth today and include most of the annuals, perennials, and vegetables that grow in gardens. They have vascular tissue and their ovules are completely contained within the ovary of the flower so the pollen has to penetrate the ovary to fertilize the ovule.