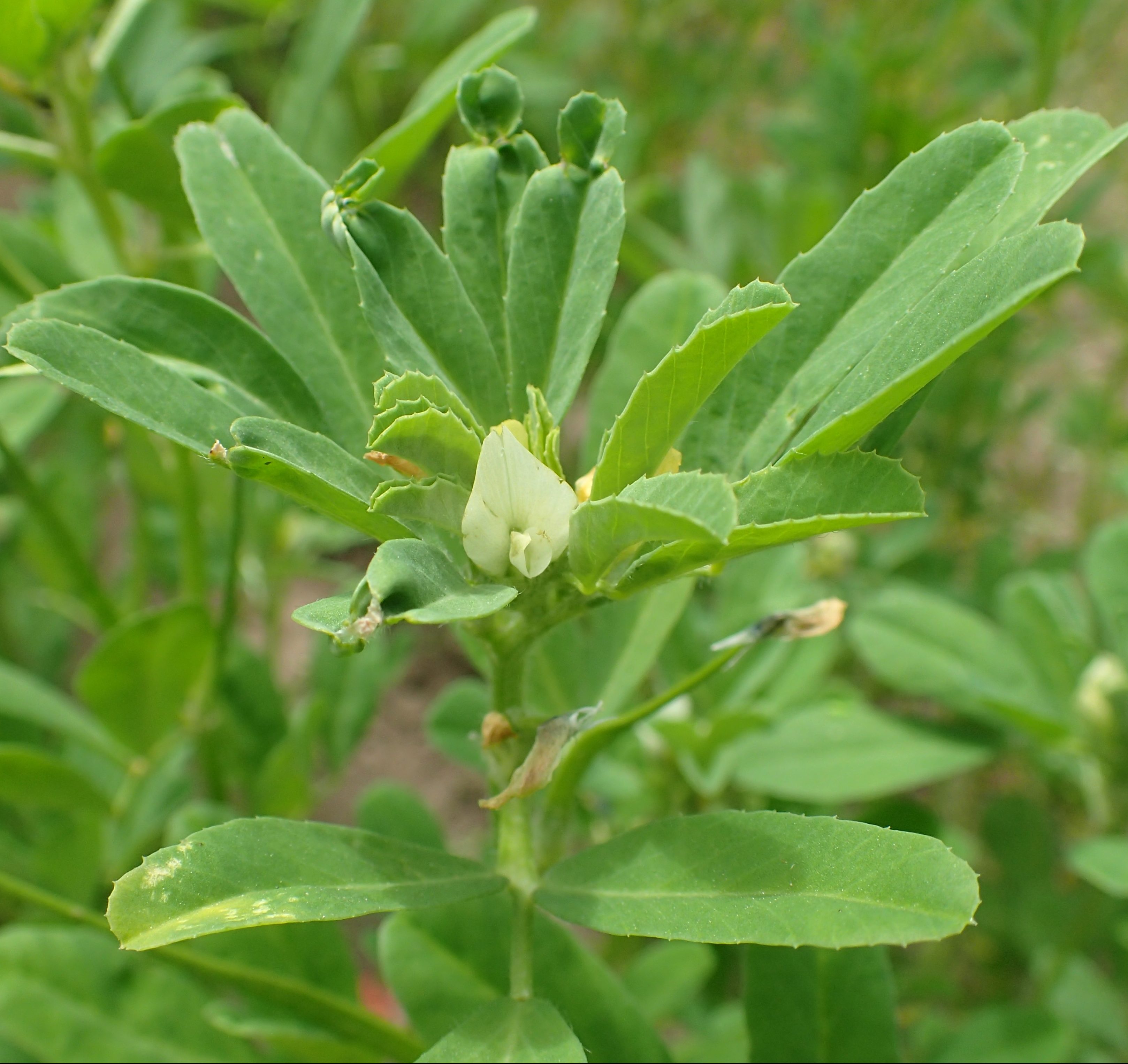 Also known as Greek hay, fenugreek is a herbaceous annual native to the Mediterranean and Middle East and dates back to 4000 BC in Iraq.  The ancient Romans grew it as feed for cattle and may have used it to flavor wine, while Jews grew it as a staple food in the first century AD, and monasteries in the Middle Ages grew it in physic gardens.    It is a member of the legume family, Fabaceae, that also includes beans, lupines, and black locust.  Plants grow 1-2′ tall  and have single or branched stems carrying compound leaves  with three oblong leaflets that are up to 2″ long and toothed.  In mid summer white, pea-like flowers 1/2″ long and with hairy calyxes, appear singly or in pairs in the leaf axils.  The flowers give way to curved seed pods, 2-3″ long containinig 10-20 smooth brown seeds.  The genus name, Trigonella, comes from the Greek tri- meaning three, and gonia, meaning angle, and refers to the triangular appearance of the flowers.  The specific epithet, foenum graecum, comes from the Latin words faenum meaning hay and gracum meaning Greek, referring to the supposed use of the plant by ancient Greeks as fodder, and providing the common name, Greek hay.

Propagation: Seed;  does not transplant well.

Companion Plants: Other herbs such as thyme, rosemary, sage