How to Care for Bonsai: Mastic Tree (Pistacia lentiscus) 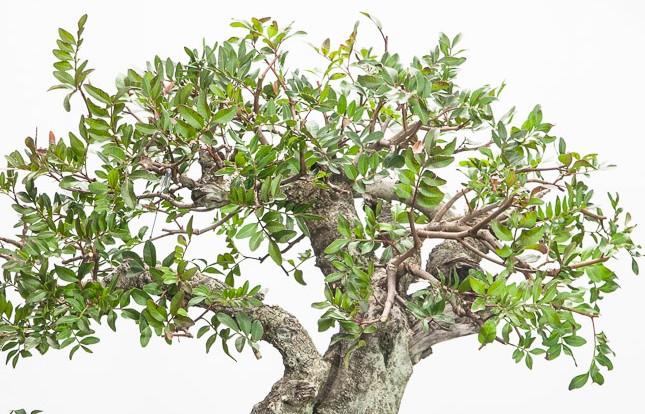 This evergreen shrub or small tree is native to the Mediterranean where it is cultivated as an ornamental and for its resin. The resin, called mastic, is harvested primarily from trees on the Greek island of Chios. It has been used as chewing gum for over two thousand years and is still used as a spice to flavor a variety of food and beverages. The dark green leaves are leathery and pinnate. Dense clusters of small male and female flowers are produced on different plants; pollinated female flowers produce a small inedible red fruit that ripens to black. If suitable humidity can be provided, mastic tree is an easy bonsai to grow and suitable for a beginner. It is suitable for formal upright, informal upright, slanting, cascade, semi-cascade, literate, broom, rock-over-root, twin-trunk, clump, and group planting but broom and upright informal styles are most popular.

Position: Although the plant will tolerate some shade it does best in bright light with plenty of humidity. In summer it can be moved outdoors, to a lightly shaded area. In winter it should be brought indoors and kept at temperatures around 64o F.

Water: Use hard tap water when surface is slightly moist; water less in the winter.

Fertilizer: Feed with an organic fertilizer once a week from spring to mid-autumn; once a month in winter.

Pruning: Prune in spring and autumn when plants are growing most quickly. Cut back new shoots to two or three leaves when they have six to eight leaves.

Wiring: One to two year old branches can be wired easily.

Comments: Scale insects and mealy bugs can be a problem.