Points to Ponder when Selecting Hyacinths

Have you always loved the fragrance of hyacinths but thought them too ugly to grow in your garden? You are not alone but times are changing and hyacinths are coming back into fashion. They have been going out of style for almost 50 years so that only about a dozen cultivars have been available. If you look back at the early 18th century, however, you will learn that they were immensely popular and a single hyacinth bulb could fetch over $300. In recent years there has been a renewed interest in hyacinths in Europe and enthusiasts and breeders have been collecting and growing heritage varieties so that forgotten as well as new varieties are appearing on the market. Double flowered hyacinths that were very popular in the 18th century (but unavailable in recent years) are making a comeback and can be purchased from selected importers in the U.S.

When selecting hyacinth you might consider the following points:

1: Number of stems per bulb. Most of the familiar hyacinths have one stem per bulb. 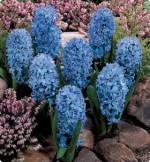 Some, however have multiple stems. The flowers are more loosely arranged than those of traditional hyacinths so create a more casual look. They are delightfully fragrant and are good for forcing. Available in pink, blue and white.

2. Type of flower: The familiar hyacinths have single flowers in dense clusters on single stems. 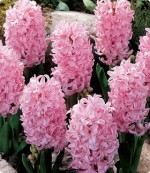 Double hyacinths have a second whorl of petals and are richly fragrant like the single forms. 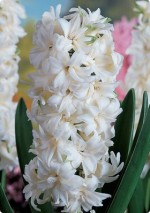 3. Color: Hyacinths are easily obtainable in various shades of the traditional colors, white, blue, pink, yellow, red and violet but other colors are available too. 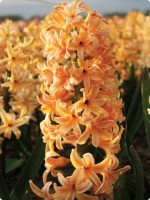 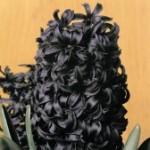 4. Use: Hyacinths are beautiful in formal beds or groups, clustered among perennials, or in containers. Some cultivars are especially good for forcing and will be so indicated in catalogues. 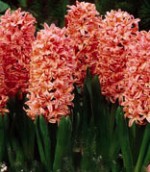 Try some hyacinths; you might find you really like them especially if you plant them close to a sitting area so you can enjoy their fabulous fragrance.