Botany for Gardeners: The Leaf-Shape

Leaf shape is an important characteristic when gardening because it is used for the identification of plants and, more importantly, influences the texture that the plant will give to the garden. When I am planning my garden I try to keep the foliage of the plants in mind because the foliage usually lasts longer than the flowers and so will have a considerable impact on the appearance of the area in which I place it. Just think about the difference between the texture of grass on the one hand, and that of privet on the other. The long slender leaves of grass have a very different texture than the oval leaves of the privet and part of the reason is the shape. When I am thinking about planting a hedge or some other mass of shrubs, the texture of the foliage becomes even more important. I have also found that the more I know about the seemingly endless variation in leaf shape the more I enjoy working with it..

The purpose in writing this post is not to present all the leaf shapes that have been identified; even if I wanted to do that I couldn’t because it is an impossible task since a considerable difference in opinion and terminology that exists. Instead, we will look at some common leaf shapes, a few that are not so common but are interesting, with examples, definitions and terminology. The idea is to get a feel for the variation in leaf shape with the hope of enjoying different shapes and using them effectively in the garden. Learning the terms and definitions can be helpful if you want to identify a plant but is not important for most other gardening tasks and can be a source of frustration because of all the different ways the terms are applied by the experts.

Linear: sides nearly parallel for most of its length; example. grass. 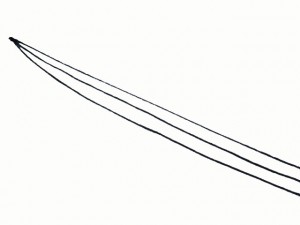 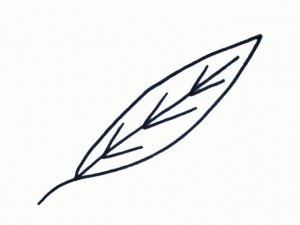 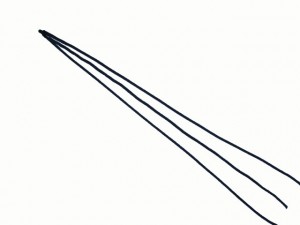 Another group consists of leaves that are roughly round or squarish in shape; their width and length are close to the same. 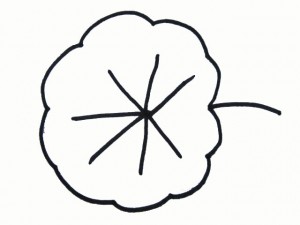 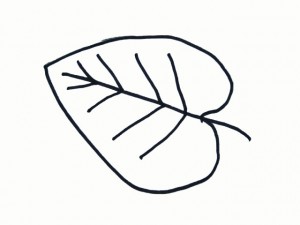 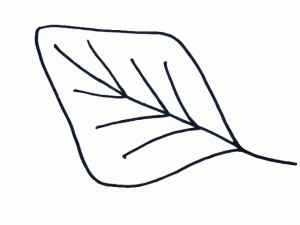 The largest group has leaves that are noticeably longer than wide but are not greatly elongated. This is a huge group and difficult to categorize but the following pictures, examples, and other information may give you an idea of the scope of the variation.

Elliptical: wider at center and tapering to an equal size at each end; example. Boxwood, apple, citrus. Spatulate: rounded at the top, gradually narrowing to the base; example. Water oak (Quercus nigra). 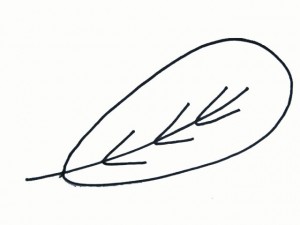 Hastate: triangular with lobes at the base extending outward; example. Caladium. 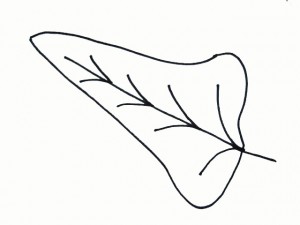 Sagittate: shaped like an arrow head with lobes at the base extending backward toward the petiole (stem like structure holding leaf to stem.); example. Arum. Some leaves are so greatly lobed or dissected that their shape is obscured and it is difficult to see it at all. These comprise my 4th and last group.

Pinnately lobed: all lobes arising from along the mid line of the leaf. Example. Scarlet and Pin oak. Palmately lobed: all loves arising from a central point at the base of the leaf. Example. Red maple, Sweetgum. The identification of leaf shapes is a very tricky business. Did you notice that the diagram for linear and ensiform are very similar? How much taper is enough to make a leaf ensiform rather than linear? And take a look at the definitions of elliptical and lanceolate; you have to decide how long is long enough to be lanceolate rather than elliptical. There is not general agreement on this. Likewise, some leaves don’t quite fit easily into any group, or they will fit into many groups. And did I mention that different leaves on the same plant may be very different? Needless to say, all of this can be very frustrating so I’m not going to worry about terminology; I’d rather just enjoy the shapes of the leaves and have fun finding new and interesting ones.